What makes for a liveable city in the 21st century?

With Covid-19 reshaping many people’s relationship with urban centres, designers and developers around the world are contemplating the future of cities. The pandemic has certainly given rise to many questions. Who will live in cities going forward? How do we create more inclusive and equitable cities? And what are the key ingredients for ‘liveable’ urban environments?
To find the answers, last month we invited industry experts to simultaneous roundtable discussions in London and Singapore. Here are some of the key takeaways and insights from the two events.

The view from the west

Chaired by Anton Comrie, Benoy’s Head of Urban Design, the UK session opened with a discussion about communities. Directing his first question to anthropologist Dr Weston Baxter, Senior Lecturer (Associate Professor) at the Dyson School of Design Engineering, Comrie asked how we can shape people’s behaviour to build communities within cities.

Communities, said Dr Baxter, are built by individuals’ relationships. People who are engaged in developing physical spaces and structures, like buildings, often deal in passive interventions – looking at how people collide with each other or share common spaces. ​“But that’s not enough”, said Dr Baxter. To build communities, designers need to ​“step into more active spaces” and facilitate those ​“rituals and interactions” that bring people together. While citing festivals and events as a popular means of establishing local values, Dr Baxter urged caution. ​“It’s easy to throw a big party”, he said, but ​“it’s the more subtle daily interactions” that really matter. Activating street corners, for example, or distributing local newsletters, can help to reach more passive community members by intercepting them in their daily lives.

At a more economic level, participants then considered the impact of Covid-19 on our cities. Has the pandemic, asked Comrie, wrought irreversible change on urban life? Jim Coleman, Head of Economics at WSP, suggested that ​“the way Covid has changed cities is really a function of how Covid has changed us, either as individuals or as communities”. In particular, ​“how we all participate in the economy” has altered as a result of the pandemic. Hybridised working, said Coleman, has opened up new choices, but has also exacerbated ​“ingrained inequalities”. Around the world, the accessibility or inaccessibility of public realm, the ability or inability of governments to pay workers to stay home, has created extreme inequalities of experience. These inequalities need to be addressed to ensure the future resilience of cities.

Investing in outdoor and ground-floor space

For Arthur Adeya, lecturer at Jomo Kenyatta University of Agriculture and Technology in Nairobi, Kenya, the pandemic also highlighted the importance of public space. ​“Covid revealed that we have not designed sufficient public space for ourselves,” said Adeya. ​“And it’s what brings the city together. It’s the lowest hanging fruit…and gives opportunity in terms of equity”, enabling outdoor recreation and interaction for rich and poor alike.

Simon Grimbley, Director at Benoy’s sister company, Uncommon Land, and David Twohig, Founder of real estate specialists MurrayTwohig, agreed that the monetisation and maintenance of public space is critical. ​“Getting developers to understand the economic benefit of investment in outdoor space” is something the industry needs to improve on, said Twohig, particularly in terms of activating the ground-floor level. Picking up on this point, Simon Bee, Global Design Director at Benoy, asserted that ​“the ground plane is the lifeblood of our cities; it’s what creates activity, footfall and value”. Referring not just to retail, but to ​“educational, civic and cultural” dimensions, Bee explained how ground-level activation is ​“what our best cities excel at”, creating ​“active, challenging and exciting” urban environments.

Drawing on his extensive experience of the APAC region, Bee claimed that the expansion of greenspace, and a ​“serious reduction of tarmac and concrete”, will help to promote more sustainable urban mobility and lower our dependence on cars. ​“Connected and commercialised roof spaces and residential gardens”, he added, are other key areas we need to explore to increase city liveability.

In order to improve cities for people, we need to bring more people into the conversation. But how do we engage and include those hard-to-reach members of society?

To answer this question, Alex Cousins, Director of Local and Devolved Government at Connected Places Catapult, recalled a recent trade mission to Dublin involving 26 local authorities. Seeing an opportunity to rebuild community wealth post-Covid, said Cousins, many of the assembled stakeholders spoke of the need for an ​“inclusive innovation economy”. Within this model, redeveloping public land, then passing it on to communities to maintain, was one idea proposed for increasing local engagement and agency. Cousins also revealed that the talks in Dublin have paved the way for the creation of an Inclusive Innovation Institute. The new Institute, she said, will aim ​“to bring everyone’s voices together so that we can understand and amplify what’s going on in each sector, evidence the benefits in terms of social and economic impact, and help people build things in a different way to make sure cities are more inclusive”.

On the subject of innovation, Bob Tong, Head of Planning at WSP, explained how the use of innovative models around utilities, servicing and interim uses can help to generate value from public infrastructure development. ​“If you can think in a clever and integrated way,” said Tong, these projects become more about value creation than cost, which is a real driver for developers. The other key component of good city design, said Tong, is having ​“strong client vision and leadership, with a core focus on outcomes that really matter to people”. The ​“wrong vision”, he added, is the ​“build-it-and-they-will-come” approach, which is often predicated on unrealistic assumptions about population and economic growth. The key to successful city development, concluded Tong, is creating places that are context relevant and responsive, based on ​“very clear demand for those places” and tangible local need.

The view from the East — Creating democratic urban landscapes

Our APAC ​‘liveable cities’ session took place at the Benoy studio in Singapore, where a panel of industry experts, led by Terence Seah, Benoy’s Head of Hong Kong, Singapore and Shenzhen, met to discuss the future of urban environments.

To kick off proceedings, Jacob Perkins, Head of Client Development at Handley House, asked participants to consider those elements that make Singapore a liveable city. Around the table, a number of key features were cited, from job opportunities and tax benefits to transport, amenities, education and safety. Features that provide, in the words of Chris Archibold, Country Head, Singapore, at JLL, ​“all the ingredients to make it a great place to live and bring up children”.

According to Terence Seah, the key contributing factor to Singapore’s appeal is access to greenspace. The ability to ​“have a relationship with nature” in an urban environment, said Seah, is unique in the APAC region. Other panellists agreed, with Pratima Washan, Asia ESG Practice Lead at AECOM, describing how noise, pollution and density in other Asian cities ​“defy the basic liveability aspect”. The main lesson from Singapore, said Washan, is the way the government assigns value to intangible assets such as green spaces, having adopted a ​“conscious policy over the last two decades” to promote civic wellbeing through access to nature. Green urban areas, said Washan, are crucial for both mental and physical health while delivering wider environmental co-benefits, but the majority of cities in Asia ​“don’t quantify the long-term benefits” of such assets which can help make a case for prioritising their development.

The trick, said Jacob Perkins, is to ​“monetise greenspace in a commercial sense”. There are ways, he said, ​“of measuring the impact [of such elements] on happiness; it might be slightly ambiguous in terms of the data we’re using, but we can utilise this information to encourage developers” to create greener cities. Picking up on this point, Karthik Karkal, Chief Strategy and Planning Officer at SM Prime, added that ​“investment in the public realm” is what ​“a liveable city does best”. According to Karkal, liveability is about experiencing a city through ​“parks and open spaces, eating alfresco, looking at a river”. Those cities that understand the importance of ​“public realm investment, its value creation, coupled with jobs and education”, are the cities that ​“tend to be really very liveable”. The danger, participants agreed, is leaving public realm development to market forces, which invariably ignore investments that don’t provide immediate returns.

Of course, a city cannot be all things to all people. As Christina Kuo Lin, Associate Sustainability and ESD Leader at Arup, observed, ​“we need to cater for all kinds of ages and experiences, but it’s difficult for a city to be perfect for everybody”. Singapore, for example, despite being hugely amenable to young families and professionals, doesn’t cater as well for 18-to-25 year-olds. Cultural differences may also affect ​‘liveability’ criteria and expectations. In Asian cities, for example, verticality is an accepted phenomenon due to land constraints and density, whereas in the West, people’s experiences are often defined by suburban sprawl and open space.

In some parts of the world, city centres assert a centrifugal force on older people, as Dr Chua Yang Liang , Group Head of Research & Analytics at ERS HK Limited, remarked: ​“New York and other large cities suck in the young and spit out the old”. Paradoxically, it is often the old, not the young, who can afford to live in cities, but as Madeleine Hug, Senior Associate Director at Benoy observed, ​“they just don’t want to”.

As the discussion shifted to age, youth and affordability, participants reflected on how cities often expose and exacerbate the gap between rich and poor. One panellist recalled a piece of public space in London that is accessible by different entrances, depending on ​“whether residents are in affordable or private housing” – a scenario Hug described as ​“sadly not uncommon”. We need to create cities ​“that don’t segregate or discriminate”, said Hug, with everyone agreeing the key ​‘liveability challenge’ for designers is to create more democratic urban landscapes that promote equality of access and opportunity.

According to Karthik Karkal, the phenomenon of ​‘shrinking cities’ in the US rust belt, where buildings have been boarded up and neighbourhoods abandoned, serves as a reminder that attracting education and industry is key to the survival of urban environments.

Stanford graduates in California, said Karkal, don’t have to move once they leave the university because ​“the [tech] industry is right behind them, supporting them, so they can create their businesses right there”. Kendal Square in Cambridge, Massachusetts, is another example. Once a rundown and deserted area, the neighboured was reinvented by local entrepreneurs who, realising MIT graduates were leaving Boston, created a vibrant hub for biotech and IT companies. As Karkal concluded, it was ​“a strategic vision to prevent the brain drain and create an industry”, adding that every city, whether in the US, Europe or Asia, requires a compelling value proposition. Because only through a strong, incentivising vision can cities attract the people who will ensure their long-term success and sustainability. 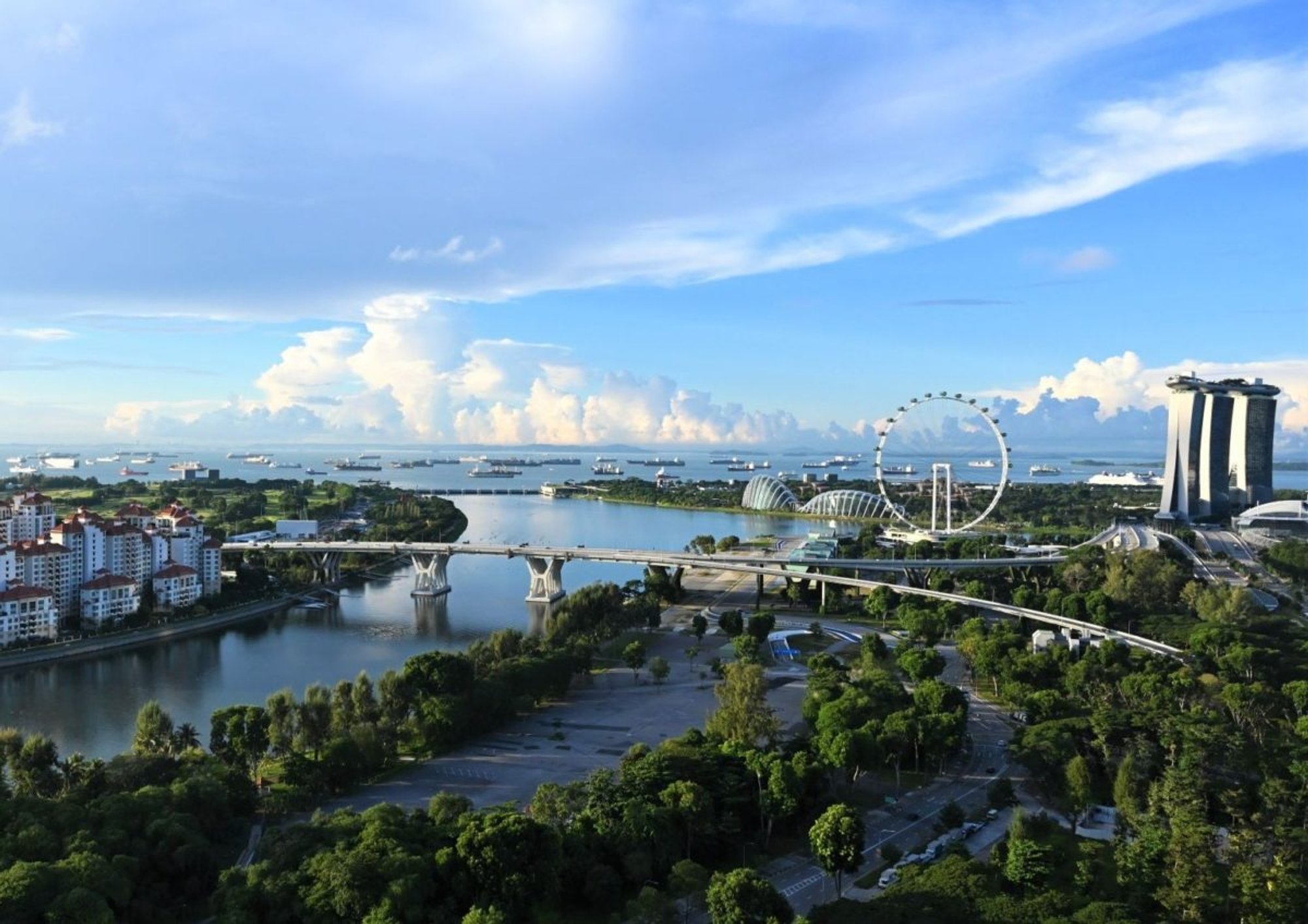 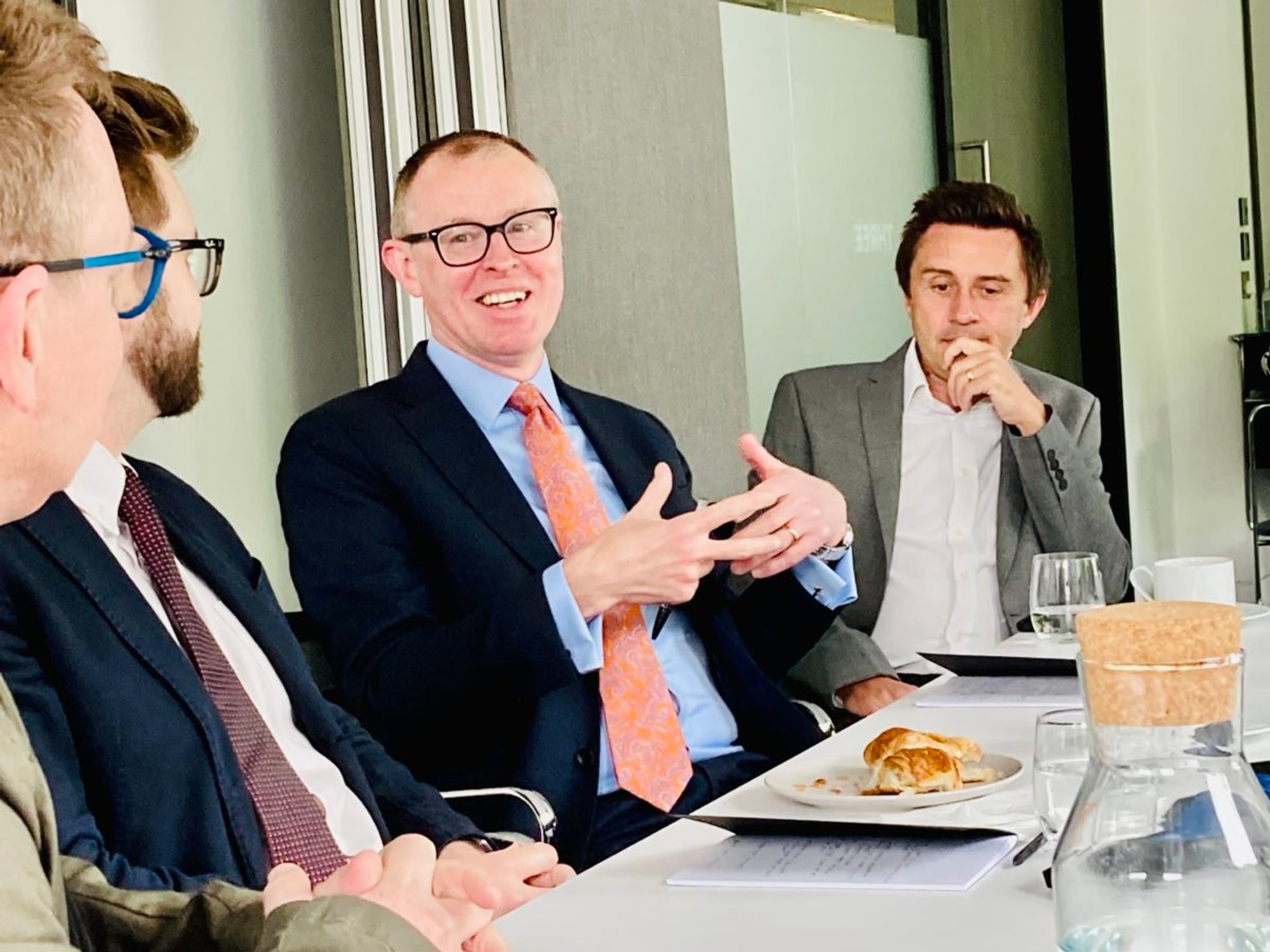