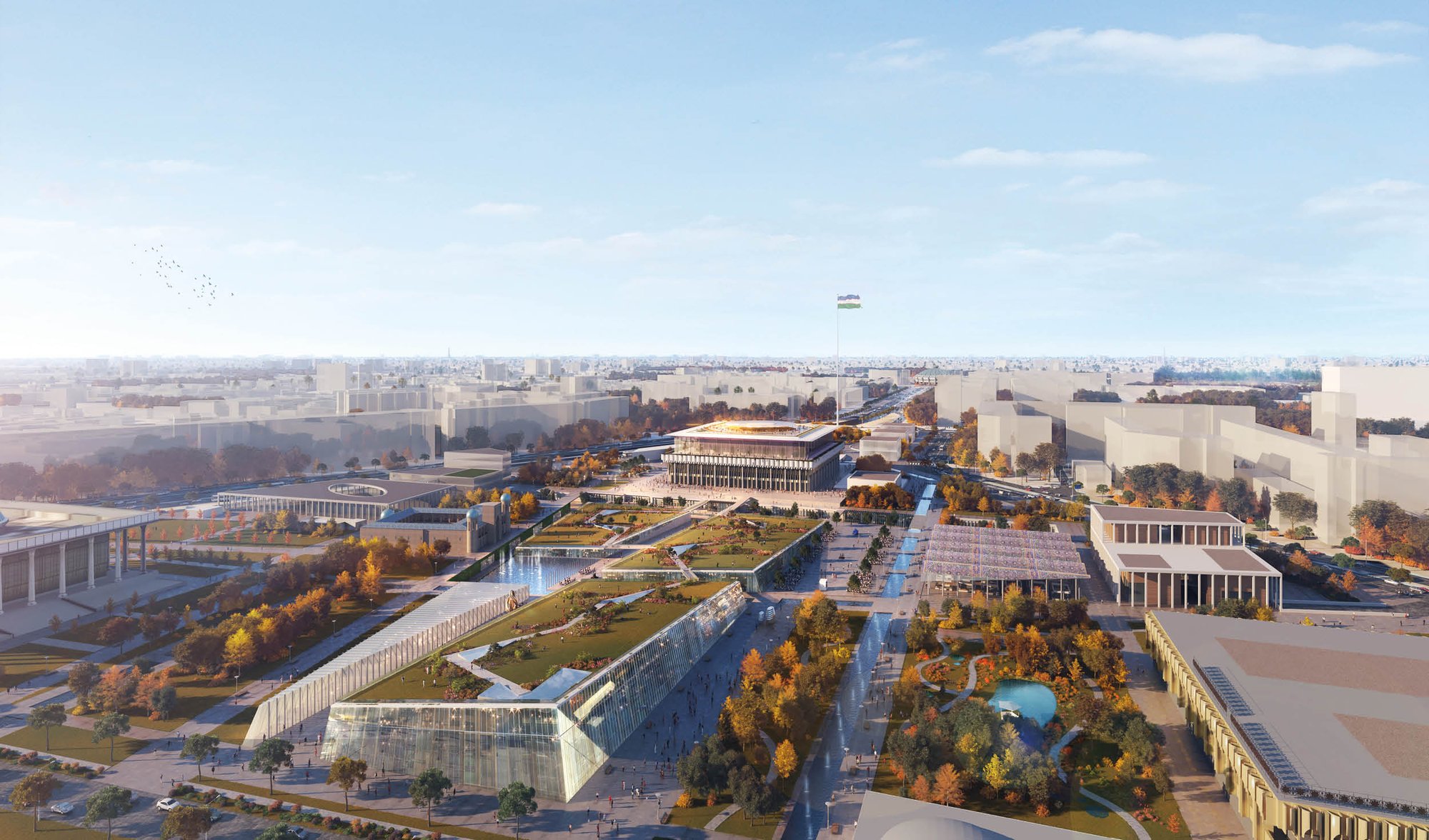 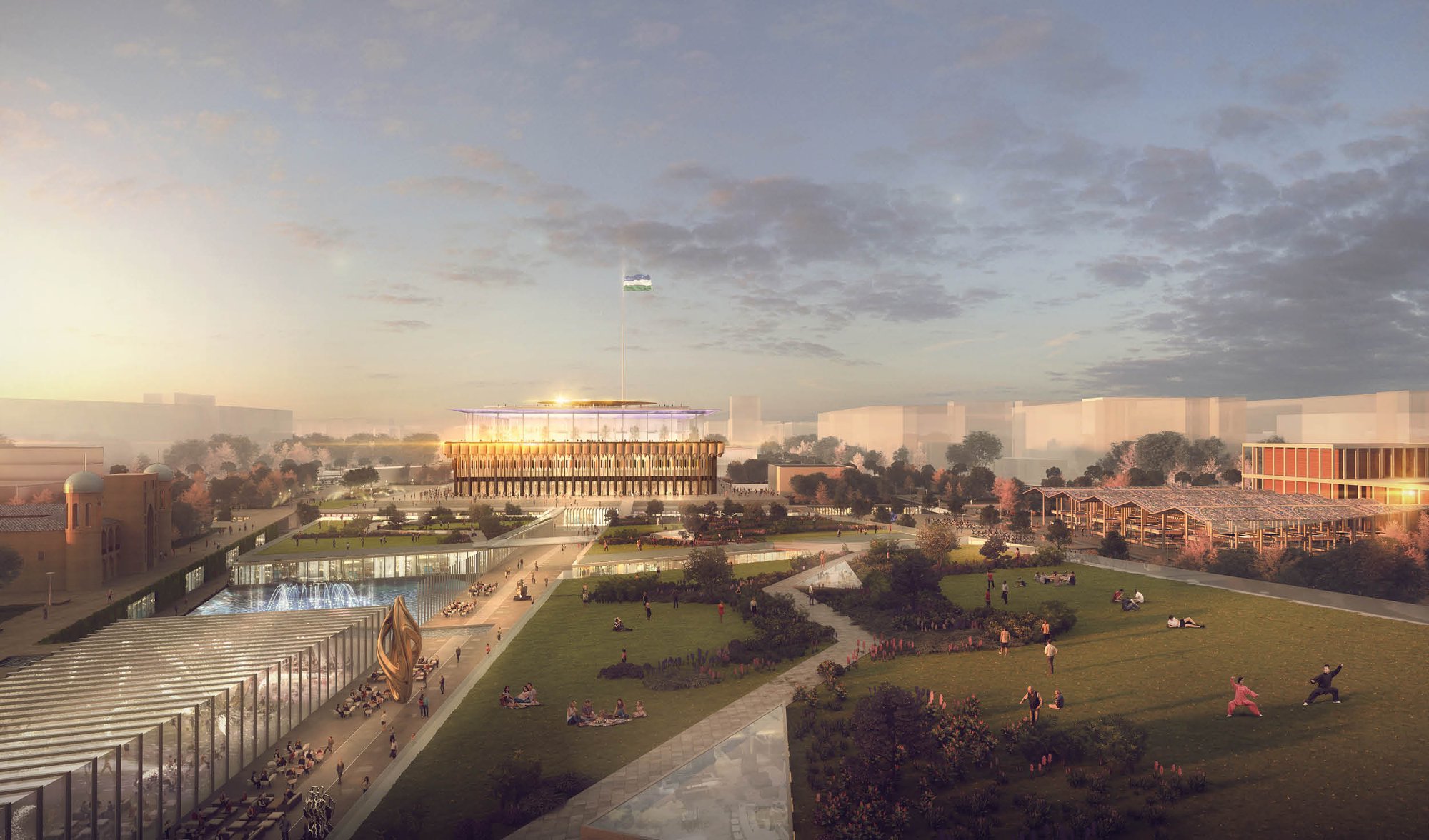 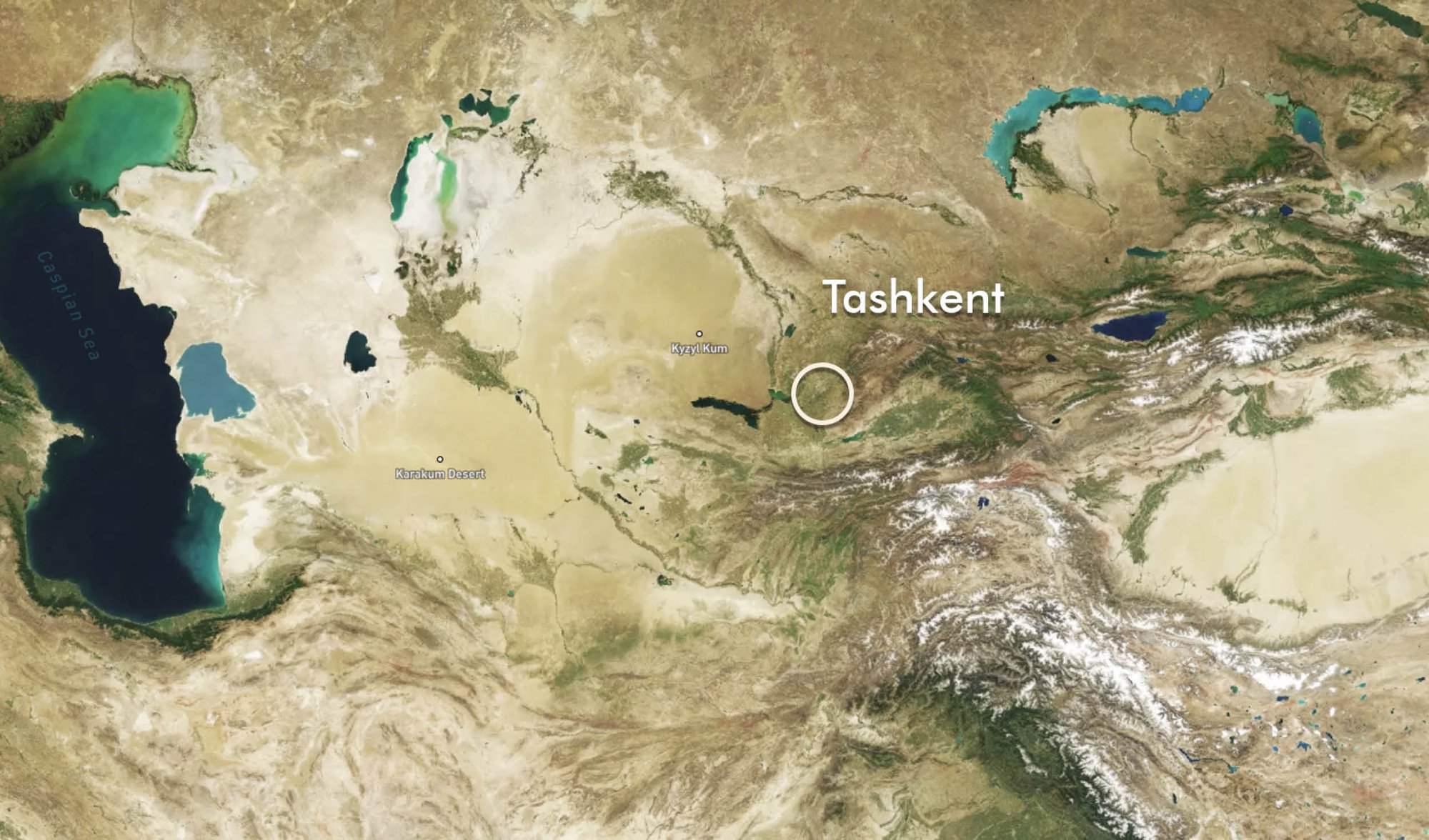 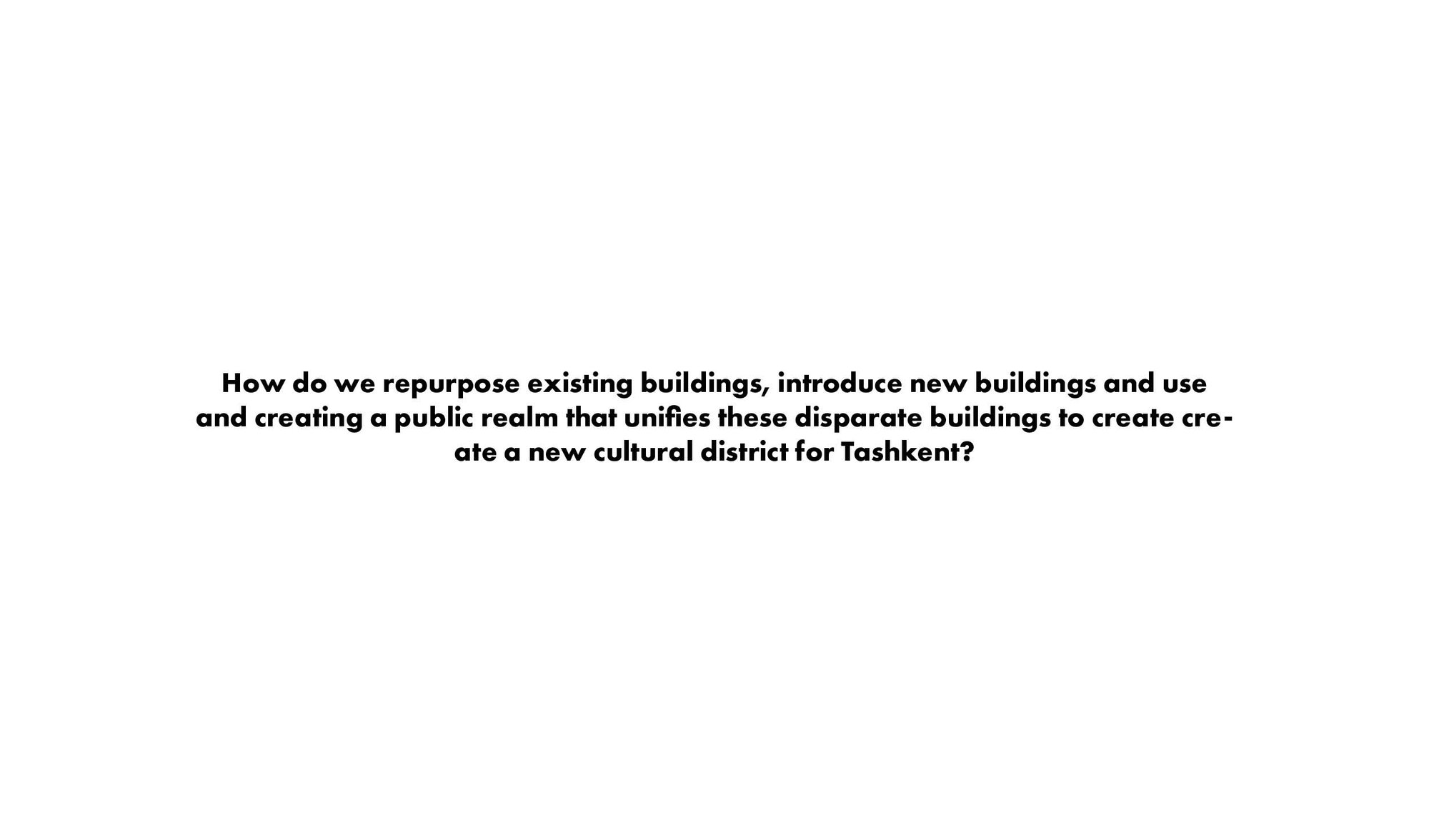 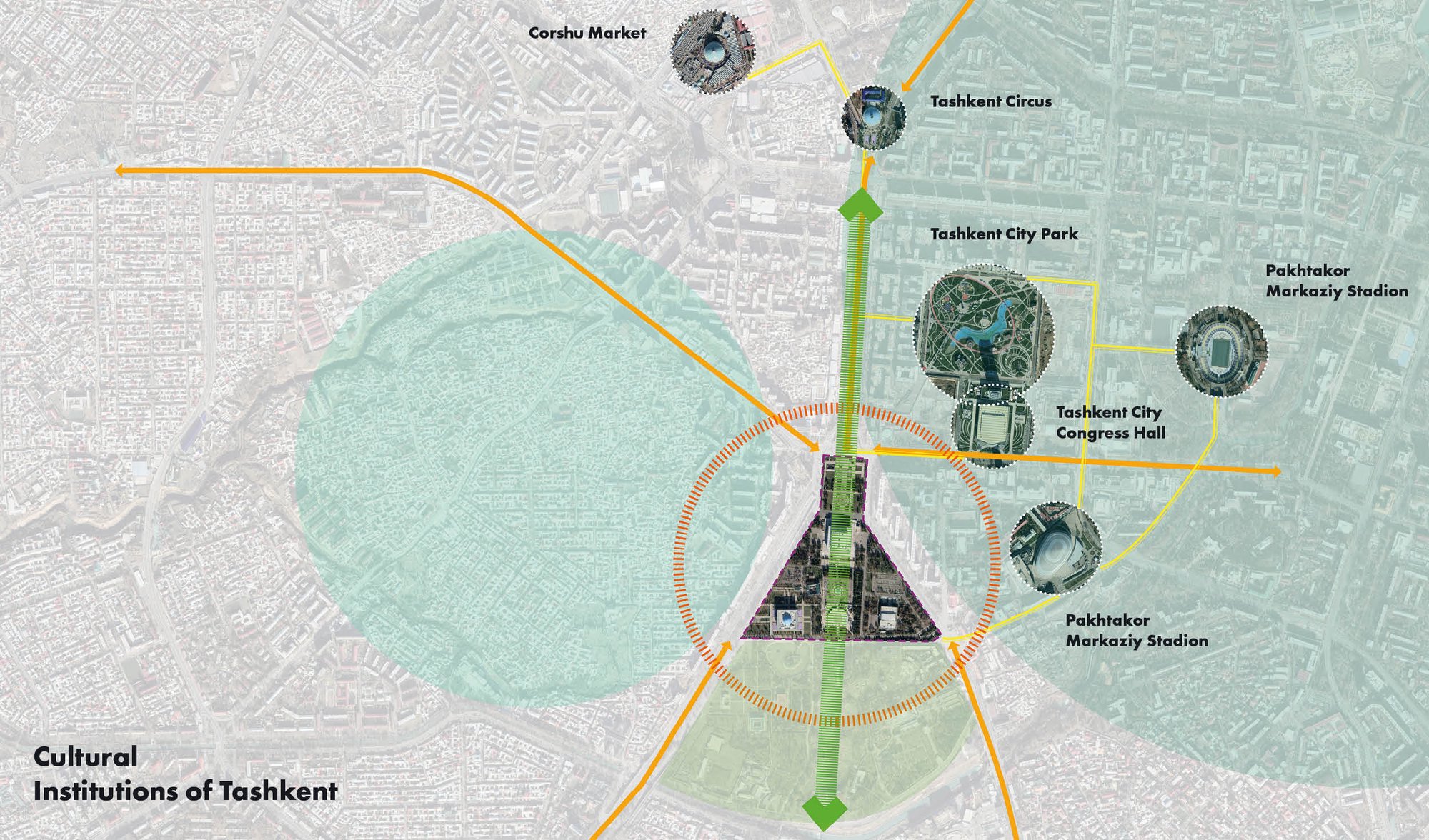 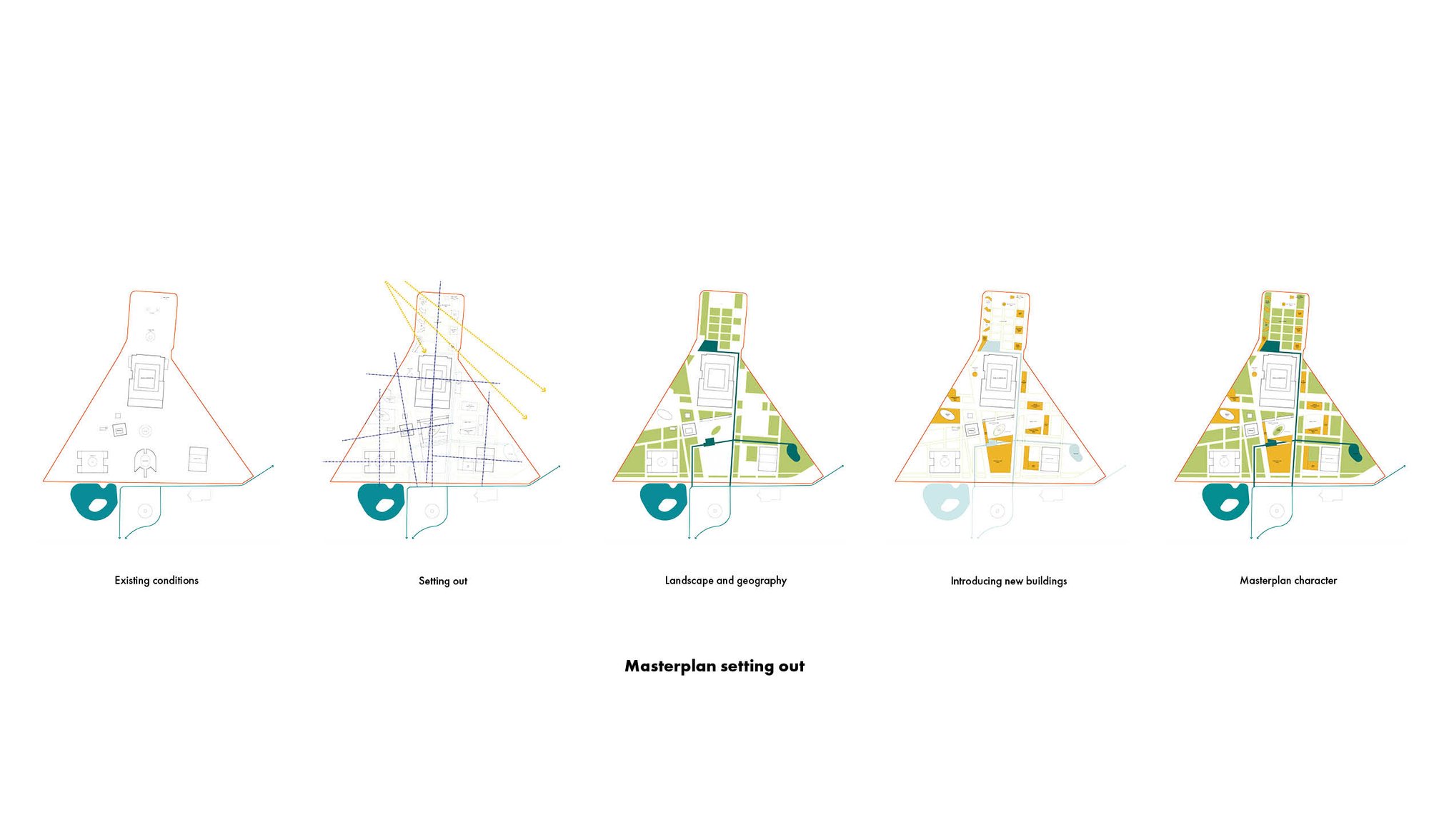 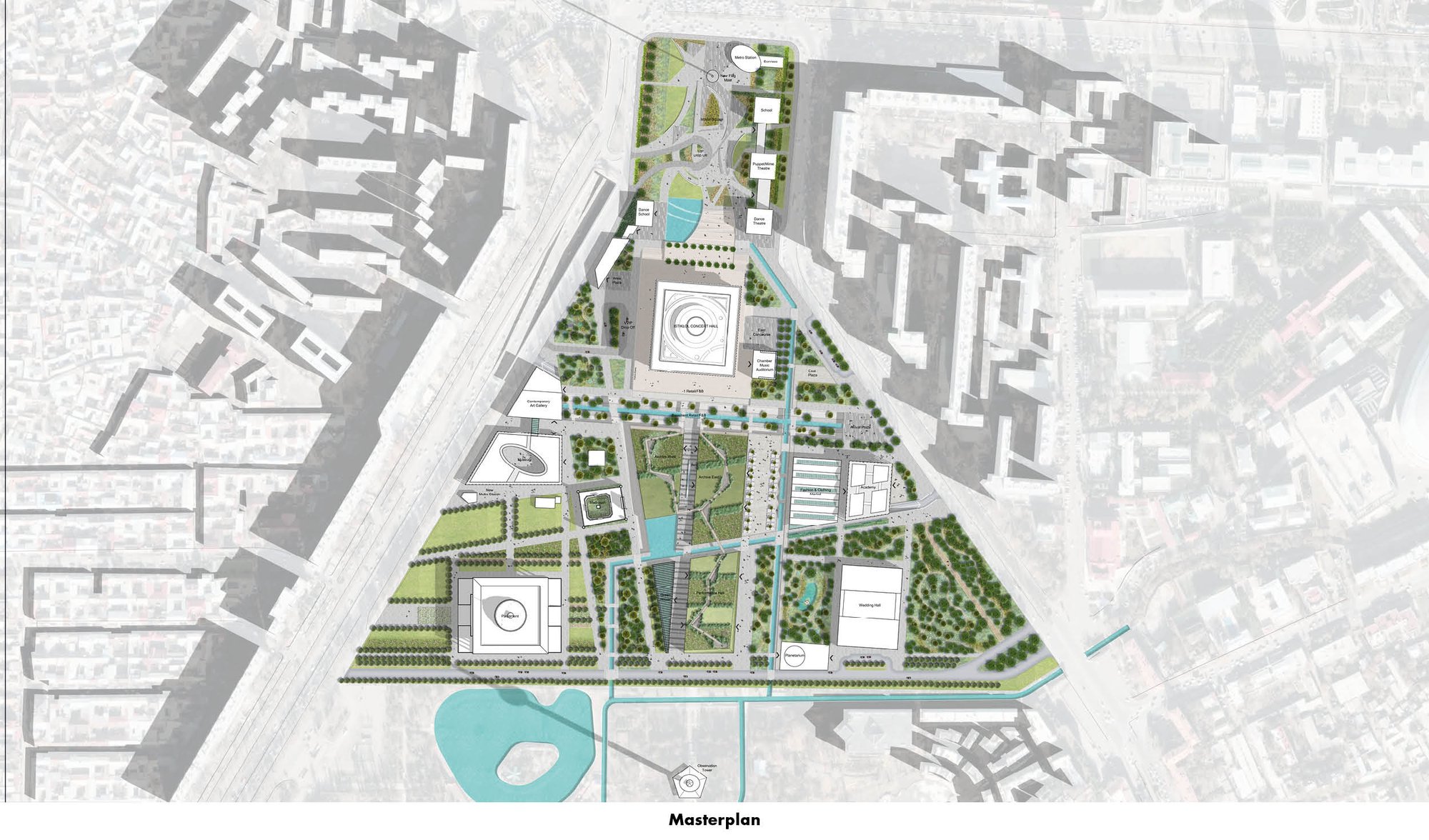 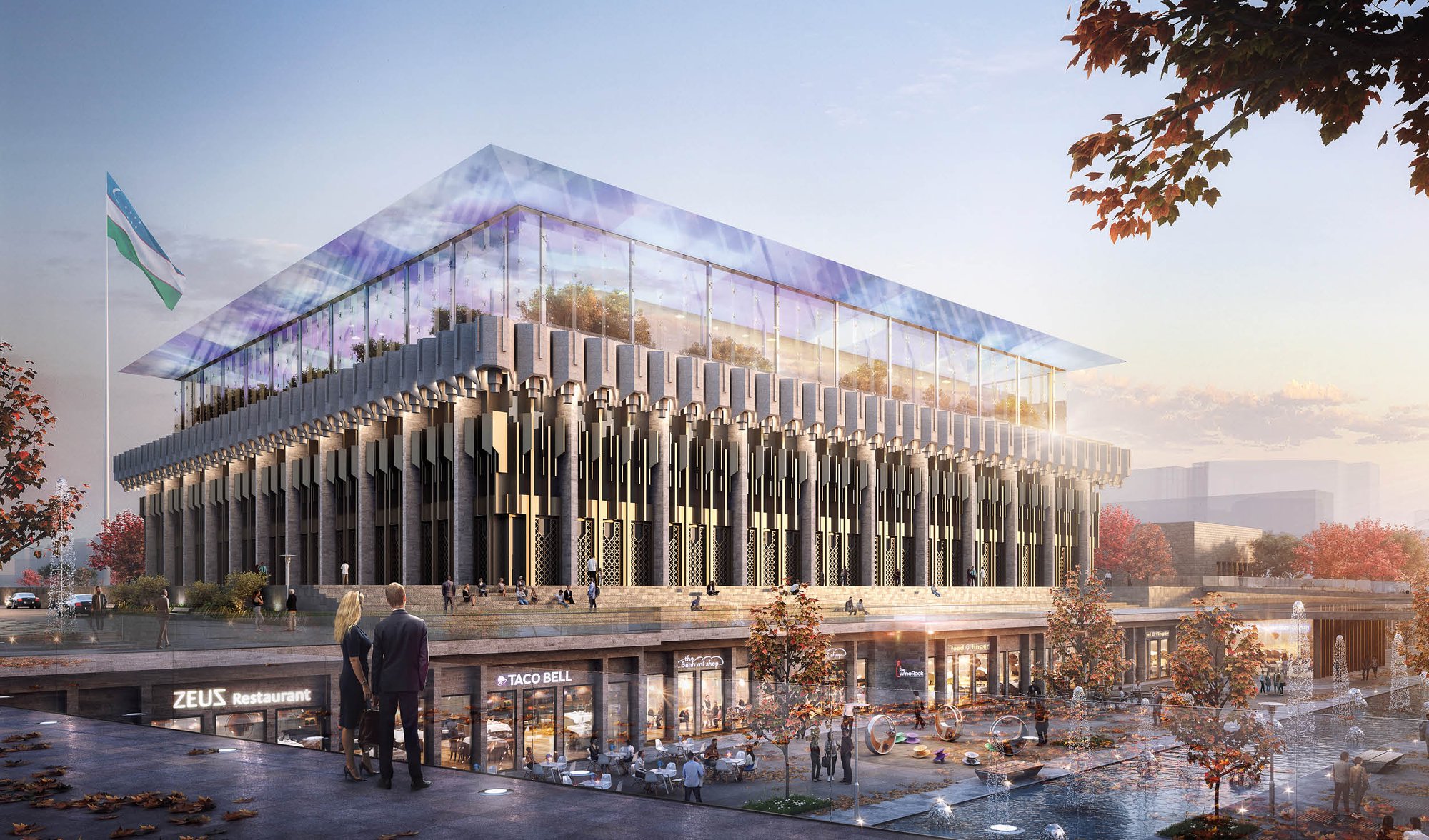 We were invited to take part in an invited design visioning competition for the regeneration of Navoi Park including the Istikol Palace of Arts concert hall, and a number of other cultural buildings in central Tashkent city.

Our vision was to use the redevelopment of the Istiklol Palace as catalyst for the development of a more extensive cultural district for Tashkent at Navoi Park.The proposal seeks to retain several disparate existing buildings and monuments within the site, introduce new ones and consolidate these to form an identifiable cultural destination by creating a new activated park and waterscape. The aim was to create a place that attracts visitors for a complete day of activities and relaxation rather than just a single visit to a concert. The Palace sits as the centrepiece of this new district.Its commanding presence on axis makes it visible and signals a new beginning for this area.